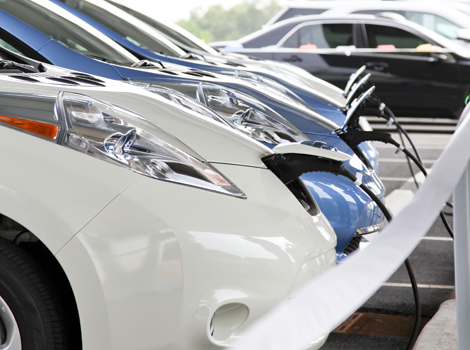 Electricity is an alternative fuel that can be used to power all-electric and plug-in hybrid cars. Powering vehicles with electricity can be cost-effective and can have significant energy security and emissions benefits.

It's typically cheaper to fuel a vehicle with electricity than gasoline or diesel. However, the vehicles are typically more expensive than their gasoline counterparts.

Federal tax credits of up to $7,500 are available for new plug-in vehicles to help offset these costs. State and local incentives are also available.

Annual fuel cost information on our site can help you determine whether a plug-in vehicle can save you money.

The U.S. has an extensive electrical grid, and plug-in vehicles owners can re-charge their vehicles at home, work, or any of over 43,000 public charging stations across the country. The Department of Transportation is also establishing alternative fuel corridors along stretches of the U.S. highway system.

In the U.S., electricity is produced almost entirely from domestic resources. About two thirds is generated from fossil fuels, such as coal, natural gas, and petroleum. The rest is generated by nuclear power and renewables such as hydropower, solar, and wind.

Powering a vehicle with electricity causes no tailpipe emissions, but pollutants and greenhouse gases (GHGs) may be emitted by the power plants that produce the electricity.

Our Beyond Tailpipe Emissions calculator can help you determine how much pollution and GHGs an electric-powered vehicle would emit in your area.

Many consumers that live in areas where the electricity is produced primarily from fossil fuels can still purchase Green Power to decrease their vehicle's impact on the environment.