Consumers with 2007 or later model year diesel vehicles should only fuel them with ultra-low sulfur diesel (ULSD). ULSD is a cleaner-burning diesel fuel that contains 97% less sulfur than low-sulfur diesel (LSD). ULSD was developed to allow the use of improved pollution control devices that reduce diesel emissions more effectively but can be damaged by sulfur. It is also safe to use with older diesels.

As of December 1, 2010, all diesel fuel sold in the U.S. must be ULSD, and pumps dispensing ULSD must be labeled as such (except in California). Labels similar to those shown here can be found on the upper two-thirds of the pump. 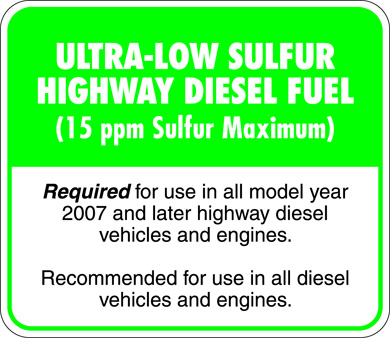 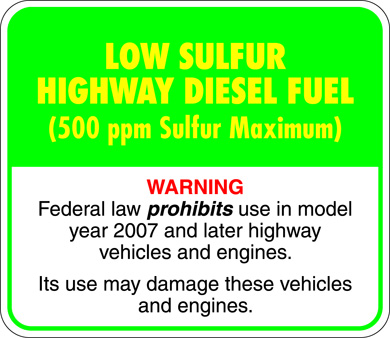 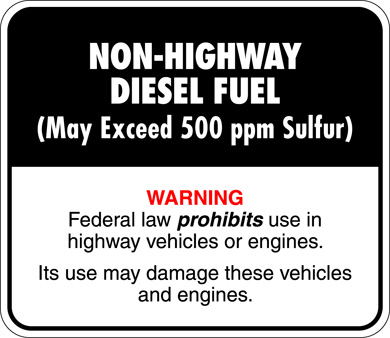