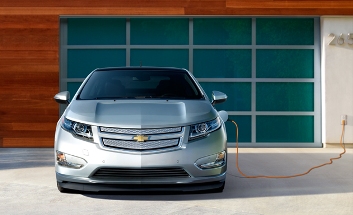 Plug-in hybrids, sometimes called Plug-in Hybrid-Electric Vehicles (PHEVs), are hybrids with high-capacity batteries that can be charged by plugging them into an electrical outlet or charging station. They can store enough electricity to significantly reduce their petroleum use under typical driving conditions.

Some plug-in hybrids have higher-capacity batteries and can go further on electricity than others. PHEV fuel economy can be sensitive to driving style, driving conditions, and accessory use.

Higher Vehicle Costs, Lower Fuel Costs. A plug-in hybrid can cost roughly $4 to $8 thousand more than a comparable non-plug-in hybrid. Using electricity is usually cheaper than using gasoline, sometimes much cheaper. However, fuel savings may or may not offset the higher vehicle cost. It depends on the vehicle, the share of miles operating on electricity, fuel costs, and ownership length. Federal tax incentives up to $7,500 are currently available for qualifying plug-ins.

Re-charging Takes Time. Re-charging using a 120-volt household outlet can take several hours. Re-charging using a 240-volt home or public charger can take about 1 to 4 hours. A "fast charge" to 80% capacity may take as little as 30 minutes. However, these vehicles don't have to be plugged in. They can be fueled solely with gasoline but will not achieve maximum range or fuel economy without charging.

Estimating Fuel Economy. Since a plug-in can operate on electricity alone, gasoline alone, or a mixture of the two, EPA provides a fuel economy estimate for gasoline-only operation and an estimate for electric-only or gas-and-electric operation—both for combined city-highway driving.

Benefits and Considerations of Electricity as a Vehicle Fuel

Maintenance and Safety of Hybrid and Plug-In Electric Vehicles