Producing the hydrogen for FCVs can generate GHGs, depending on the production method. Still, it generates much less GHGs than conventional gasoline and diesel vehicles. more…

The chart below shows the GHG emissions caused by various vehicle types. It considers all steps of the energy chain from fuel extraction or production to fuel use by the vehicle, not just tailpipe emissions. Even when accounting for GHGs emitted during hydrogen production, fuel cell vehicles could cause much less greenhouse gas emissions.

(grams of CO2-equivalent per mile) 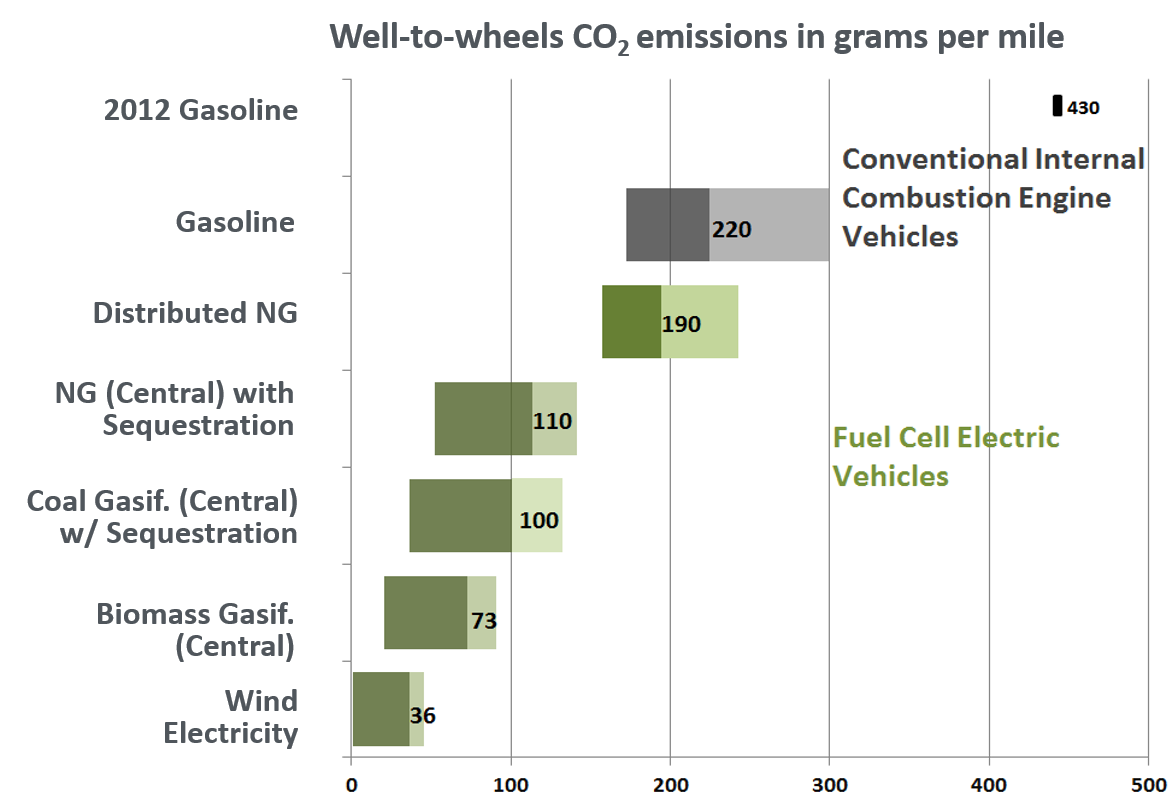 FCVs could reduce our dependence on foreign oil since hydrogen can be derived from domestic sources. These sources include natural gas and coal, as well as renewable sources such as water, biogas, and agricultural waste. That would make our economy less dependent on other countries and less vulnerable to oil price shocks from an increasingly volatile oil market.

Highway vehicles emit much of the air pollutants that contribute to smog and harmful particulates in the U.S. FCVs powered by pure hydrogen emit no harmful pollutants. Producing hydrogen from fossil fuels causes some pollutants, but much less than the amount generated by conventional vehicles.

Only a few models are now available for sale or lease, and availability is limited to areas with hydrogen fueling stations, mostly in California. Several challenges must be overcome before FCVs will be a successful, competitive alternative for consumers. 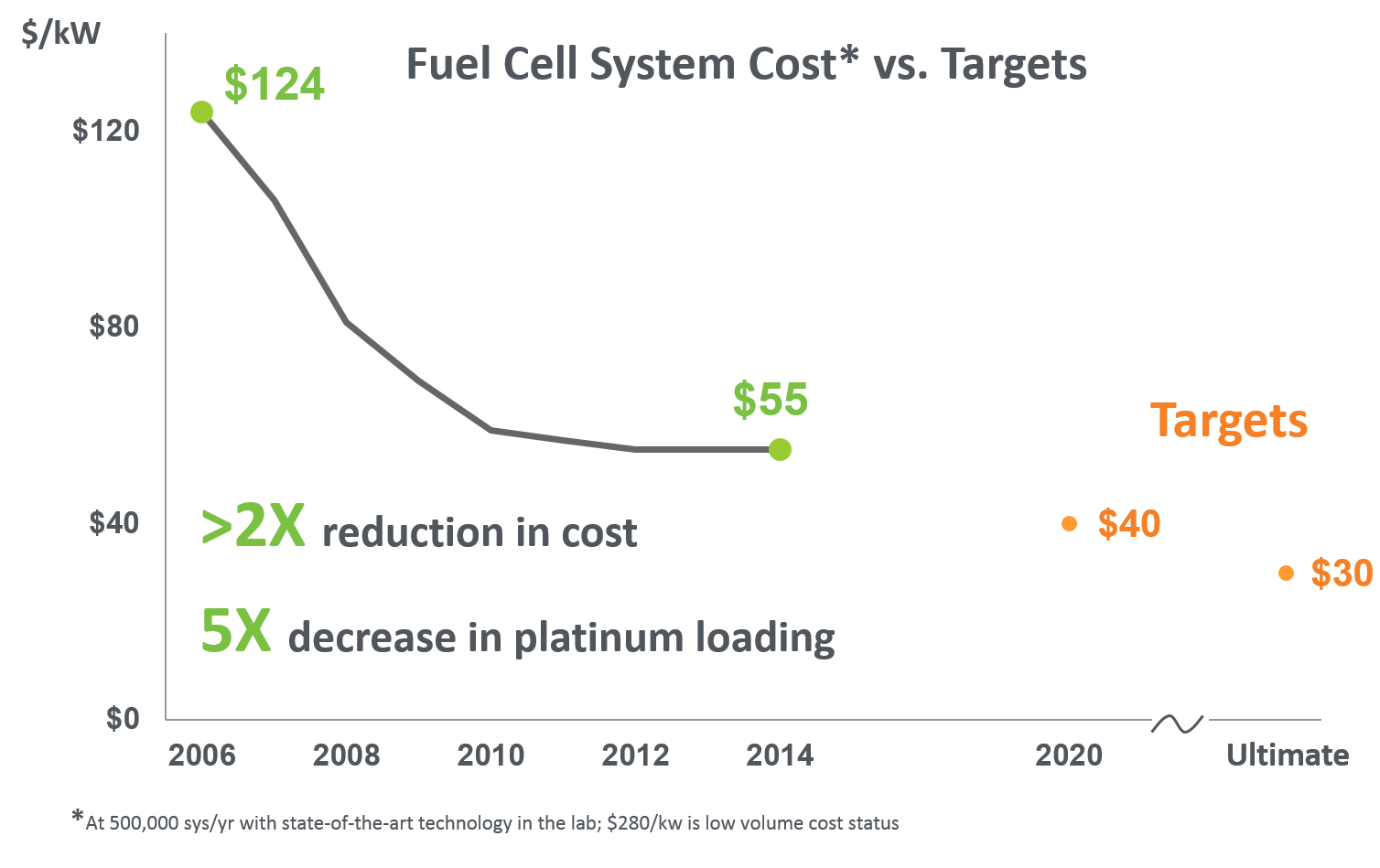 FCVs are currently more expensive than conventional vehicles and hybrids. However, costs have decreased significantly and are approaching DOE's goal for 2020 (see graph). Car makers must continue to lower costs, especially for the fuel cell stack and hydrogen storage, for FCVs to compete with conventional vehicles.

Getting Hydrogen to Consumers

The current infrastructure for producing and getting hydrogen to consumers cannot yet support the widespread adoption of FCVs. In 2013, H2USA was launched as a public-private partnership between DOE and other federal agencies, automakers, state government, academic institutions, and additional stakeholders. Its goal is to coordinate research and identify cost-effective solutions for deploying hydrogen infrastructure. By the end of 2015, more than 50 public stations should be available, mostly in California. This is an important first step in making hydrogen available to consumers.

Fuel cell systems are not yet as durable as internal combustion engines, especially in some temperature and humidity ranges. On-road fuel cell stack durability is currently about half of what is needed for commercialization. Durability has increased substantially over the past few years from 29,000 miles to 75,000 miles, but experts believe FCVs must achieve a 150,000-mile expected lifetime to compete with gasoline vehicles.

FCVs must be embraced by consumers before their benefits can be realized. As with any new vehicle technology, consumers may have concerns about the dependability and safety of these vehicles when they first hit the market. Plus, they must become familiar with a new kind of fuel. Public education can accelerate this process.

For more information on the status of fuel cell development, see the following resources: